Imagine a ball game in which the primary strategy is to toss a ball to your opponent simply so you can avoid dealing with it. But once you toss it, you need to pretend you never did. “I never tossed that ball. Don’t know where that ball came from. I think it’s your ball.”

Shoot me now, am I right? What kind of game is that? It’s not really a game as much as an exercise in frustration. It’s the ballgame version of passive-aggression.

If you are behaving passive-aggressively or someone you know is doing so, it is anything but fun. It is crazy-making, burdensome, and a sure-fire relationship killer.

At its core, passive-aggressive behavior is anger and the fear of expressing it. Usually the behavior is learned in childhood if displaying—or even so much as feeling—anger was perceived as unacceptable.

The resulting disconnect that comes when we suppress emotions, whether it’s anger, joy, sorrow, interferes with our:

· Emotional growth—expressing our emotions in appropriate, healthy ways.
· Psychological growth—the ability to acknowledge, understand, and process emotions.
· Spiritual growth—our awareness of and connection to our higher self.

The result is that physically—meaning in the actions we take or don’t take—those issues manifest as passive-aggressive behavior.

If you’re not sure if you or your partner is exhibiting passive-aggressiveness, here is a short list of some of the ways it can manifest between two people:

Silent treatment. Rather than dealing with or expressing thoughts and emotions (like anger) you go silent. You are, in point of fact, not “doing anything.”  You could even say, “But what did I do?” and mean it. But remember—silence is a slammed door in a relationship.

Procrastination or excuses. Jill noticed that every time she asked her husband to help her with a project—cleaning out the shed, going through the winter clothes, mulching the flower bed—he was either unavailable or unavailable “at the moment.” Eventually, Jill did most of these projects on her own, feeling resentful and deeply unsupported. What was unspoken between them that he “communicated” his feelings in in this way?

Excessive tardiness. We all run late sometimes, but when your partner is literally always late… for meetings with you (if no one else)… this is a form of aggression that has gone underground.

Sarcasm. And we’re not talking amusingly sassy, tongue-in-cheek quips but sarcasm that, typically within relationships, is hostility disguised as humor. If your partner says, “Don’t interrupt me. I’m busy living happily ever after,” you may laugh… but you are being told any number of things, none of which is that he or she is happy in the relationship at that moment.

Negativity. No matter what Dale did or said, his girlfriend turned it into a bummer. If he was happy and doing well, she’d find a reason for that to be bad news. “I got a new client” would be met with “He’s probably a loser.” Or “I’ll pick up steak on the way home” didn’t get a “Thanks, hon” but a “Can we afford that?” Dale eventually grew so demoralized by this form of passive-aggressiveness that he rarely opened his mouth.

Words don’t line up with actions. If “I love you” is not matched by loving, caring actions, the cognitive disconnect is huge. Like an actively aggressive partner (i.e. an abuser) who beats his wife and later says he loves her, a passively aggressive person will also behave one way only to cover it up with empty words.

Avoiding confrontation. A passive-aggressive partner will use all the techniques above to avoid actual confrontation and honesty, which are seen as highly risky for this person. Fear is at the root of this avoidance of confrontation—so that, ultimately, even honest communication of any kind is avoided.

Withholding affection. The ultimate non-active form of cruelty. All you have to do is…nothing. Like the silent treatment, the withholding of affection creates an echo-chamber of loneliness. Victor always ended relationships by withholding affection so coldly and relentlessly that his women finally left him, which was his goal all along. He truly believed that he was doing them a favor by letting them think it was “their idea.” He did not recognize how unkind his actions were, nor that they revealed how frightened he was of commitment and emotional honesty.

So how do you cope with passive-aggressiveness?

If you are able to acknowledge that you engage in passive-aggressive behavior, congratulations. It’s very hard to admit to ourselves that we do this kind of thing. You can change your ways, especially with support, for example from a professional and from your partner, too. Here is a good start:

√ Look inward. What are you scared of? What might you want to say to your partner that frightens you? What could happen if you do? Once you identify what you fear—ask yourself, “Will that really happen?” or “Is that really true?” For example, “My partner will stop loving me if I admit X.” Or “He/she will know how needy/scared/worthless I am if I demand/expect/ask for X.” What are your unmet needs? Is it so terrible to ask for them to be met?

√ Learn to be more assertive. Say what you mean and stick to it. If you want something, ask for it. If you don’t like something, admit it. And say no when you mean no. If you say yes when your head and heart are screaming NO, your resentment will come out in passive-aggressive ways and at the very least your actions will be half-hearted.

√ Take responsibility. For yourself and all that entails: your thoughts, feelings, and actions. Own them. And if you notice yourself behaving passive-aggressively, own that too… and then stop, and apologize. Ask your partner to help you by (kindly) pointing out your passive-aggressive behavior to you when it happens. If this is done from a place of love, if you really want to change, and you can avoid being defensive…this can work well and cement your partnership in a new way.

When someone you are in relationship with is passive-aggressive.  We are focusing on romantic partners, but this list works if it is a family member, colleague, friend….

√ Address it… calmly. Since this person is probably terrified of confrontation, be careful not to come across as accusatory or angry. Use “I” statements when you talk. E.g. “I feel that this request is making you angry.” Do not expect agreement, however. Many people who use passive aggressive behavior as a way to “get their way” or “feel justified by making you angry” will not admit it. Since much of passive-aggressive behavior is “non-doing” they may shrug and say, “What did I do?” But addressing the issue is totally worthwhile—in fact vital—because just acknowledging it is enough to start to diffuse their behavior.

√ Maintain personal boundaries. Do this by letting them know the consequences of their actions. E.g. “If you are going to be late I am going ahead without you.”

√ Understand. Namely: that this person experiences a myriad of unmet needs and yet has no idea how to ask for what he/she wants, or is simply scared to ask. Emotions are either denied altogether or bottled up. The result is that he or she can’t express them, probably feels like a victim, has very blurred boundaries, and as a result has mastered passive aggressive behavior in order to feel a semblance of control and success in personal and professional relationships. That is what you are working with. Understanding is key.

While being in a relationship with a passive aggressive person can be a challenge, feel like a roller coaster ride, and push any number of buttons—there are ways to work toward a more satisfying relationship. If your passive-aggressive loved one is not willing to work on personal growth and learning more successful coping strategies, you always have the option to disengage and/or end the relationship. 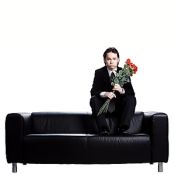