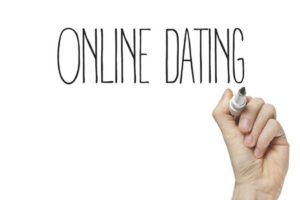 By the time Laila came to me she’d had an online profile for only two weeks, and she was already burned out. The first guy she met on the site requested regular IM chat dates starting right away, told her his life story without asking her about herself, and, during their second chat meeting, demanded a deadline by which they would meet face to face. When she suggested that he was moving a bit fast and that it made her uncomfortable, he berated her for not “being serious” and accused her of toying with men’s hearts. They’d chatted twice online and he was already making demands and chastising her.

The second person Laila had any contact with was the opposite. He spent so much time telling her how awesome and beautiful she was – “I love your pictures” and “You are so sexy” – that Laila never learned a thing about him. When he asked to meet in person she felt very vulnerable to someone who was way too invested and needy and yet seemed to have little to offer.

When Laila and I looked at these men’s profiles, I helped her see the warning signs that were right there in black and white. I told her what I’ll tell you: “Don’t give up on dating sites! They are a valuable resource and part of a smart dating strategy. Just be smart about it!” Meaning:  learn how to interpret what you see. There are some basic ways to screen out the less desirable profiles, and being able to do that is as valuable as writing a kick-ass profile of your own.

Being good at “reading” profiles can save you time, energy, and emotional and financial investment in dead ends.

How online seekers describe themselves can tell you a lot….

√ The terms “separated” or “recent divorce or breakup” are likely to mean a classic rebound situation in the making. You want someone who is single, secure, and ready for a relationship for all the right reasons—not just for reassurance or comfort over the loss of someone else.
√ When someone announces his or her high income, it may seem just plain honest, but often these people lack self-esteem and are simply trying to impress. Look for people who list no income information. Sure, they could be hiding the fact that they are on welfare and living with mom, probably not. At least when you get to know them you will be doing so for compatibility, mutual interests, and other reasons for genuine attraction.
√ Bragging vs. self-deprecation. Both can be red flags. No one likes a braggart, so they are easy to spot. The gal who lists every country she’s visited, every award she’s received, and how much money she’s going to inherit. Or the guy who announces how many cars he owns or how much he can bench-press. Whereas self-deprecating humor can seem a nice relief after the show-offs, too much is also a problem. Both braggadocio and self-deprecation are signs of insecurity. You want someone who has a healthy and secure sense of self with no need to show off or put him or herself down.
√ There is a balance to be struck in every online profile between giving enough information to appear open and straightforward, and giving none. But then there is the TMI profile. Way too much information for a public venue. For example, the sad story that plays upon your sympathy may be evidence that someone is a con-artist or emotionally unavailable.

A picture is worth a thousand words*

√ It’s wonderful and refreshing when people feel comfortable with how they look but if a profile has five pages of photos and almost nothing else, it might indicate someone is self-centered.
√ Many people are the opposite. They are not at all happy with themselves physically so they post old photos, often from as many as ten or twenty years ago. If photos are grainy, or clothing or hairstyles outdated, it is easy to catch. In this age of digital photography, scanned prints are pretty easy to spot too, which dates a photo back awhile. If old photos match the stated age, you can bet this person is also lying about his or her age. Such tricks indicate many things, but are essentially dishonest.
√ When there is no picture at all—click “not interested.” That person is hiding something… or from someone.
√ One-trick-ponies are the people who post many photos of essentially the same thing. If all the photos on a profile are of the person with tons of friends, or at parties holding cocktails, or on a boat in the same lake from different angles at different times of day, or taken in one day at one place—you can learn a lot about lifestyle and perhaps can infer even more. If every picture is about partying, that can be a red flag—too much drinking? Not comfortable being alone? Or a thousand photos of the person boating or hiking or working at a computer… does this person do anything else? Let your intuition guide you when you see the selection of pix before you.
√ Photographs can reveal show-offs as much as written information can. If someone poses with his or her “toys” in every photo, being interesting can segue into being shallow. It’s great if someone has a cool motorcycle or boat, or a nifty guitar collection, or a house full of antiques, but that can’t be all there is… can it?
√ A few specific “tells” you can be aware of in photos are: sunglasses can indicate insecurity about looks or age; distance shots can mean the same thing; a hat in every photo, for men, usually means he’s balding; head shots only may be a clue to body image issues. Learn to be savvy about what you see.
√ Some pictures are indicative that someone has little social life or few friends. If the only pictures are selfies, or all the photos are taken at one time (different poses in the same place, in the same clothes), you can wonder about how much he or she gets out. On the other hand it might be a sign of honesty. If someone does not want to post old photos, he/she might take care of business by simply snapping the most current photo possible, in the here and now, via selfie or friendly neighbor. Another red flag: bathroom pics. You probably don’t need me to tell you that’s creepy.
√ What to look for: Look for pictures of someone with a well-rounded life, involved in a range of activities. The best are unobstructed and up-to-date head and body shots without “props” such as a fancy car or boat.

The “what are you looking for in a relationship” list.

Pay attention to this part. There are some common pitfalls. So from the other side of the profile, here are a few things to notice.

√ Does the person want a serious committed relationship or recreational dating? Even if it is not stated, you may find clues.
√ If the list of wants and needs is way too long, this person has unrealistic expectations. A long list may also mean that there is baggage from the last relationship. The items on the list could simply reflect, in one way or another, his or her relationship grievances.
√ Too short of a list could mean the person is not really making an effort for some reason, or is not that serious about a relationship and is just looking for sex.
√ A list of demanding terms is a big red flag. If someone publishes a serious list of things he or she “will not tolerate” in a dating profile, we are looking at a possible control freak— #avoid

√ If someone you see online is ten years younger than you and interested in people of a wide range in age, great. But do not be sucked into an incipient getting-to-know you relationship with someone if you have to lie to about your age. It will come back to haunt you in one way or another. Tell the truth and hope they are too.
√ When people clearly state they are looking for “tall” – they mean it. Typically women care about height (not always) and, guys? 5’9” is not 6’1” no matter how you slice it. You and I know you are dynamite (aka powerful but in a small package) but if you lie… things really will blow up.
√ The quality of the profile is not as important as the content, but almost. And for some, a sloppily constructed profile is a deal-breaker. How well is it written? Is it complete? Thoughtful and sincere? Is it riddled with errors in grammar and punctuation, or did this person make an effort to make it “publishable?” These things matter as they reflect upon the profile’s writer as much as anything else in the profile.

There are so many wonderful people who use online dating sites. I have lost track of the number of people I know—clients and friends—who have found love and meaningful relationships by using the internet. Don’t let yourself be discouraged by the misfits (and try to weed them out early on in the process!).

Before I met Betty, I was lost. I was giving up on love and I have tried everything else but a Dating Coach. What have I got to lose? She is a lovely, down to earth person who wishes me the best always. I have learned a lot from her and I am still learning. She made me feel better about myself even though I am not at my best right now. I feel stronger and more confident than I did before. She is my safety net and I know she will help me through this long road I have ahead of me. She has taught me to understand what a relationship is and what it could be. – Karen M.

As a 59 year old nurse I spend my days caring for others. Then one day it hit me that I need to take care of myself and figure out how to get the relationship I hoped for. A friend referred me to Betty. I signed up right away and she had me dating within 2 weeks. It was the best investment in myself that I ever made. – Lori D., Canada