When we are born, we have no self-awareness. The world is pure sensation. When we become aware, it is of our mother. Mother and child are experienced as one until, in time, a sense of being two separate entities develops—quite naturally—as the baby grows.

A healthy baby’s first reaction to that awareness is usually one of anxiety when first separated from the mother. “Wait, if we are not the same person, how do I know she’ll come back?” After a time of “separation anxiety” the baby realizes (ideally), “Oh, okay. She always comes back. So now let me figure out who I am.” That is a huge oversimplification, but it’s pretty accurate. So, the time when self-awareness begins is quite early, and is hugely influenced by how safe, reassured, and secure a baby feels (this is all before the first birthday). The process of “finding ourselves” lasts a lifetime. It can be a joyful journey, but it does not always go smoothly.

Suffice it to say, our sense of who we are can get complicated, mucked up, or downright trashed by any number of events along the way. How do we connect with that real person—the one who began to form waaaayyy back when we could not walk or talk?

As children grow, the different roles they perform in life often become “personas” that feel like separate versions of themselves. Tom F. remembers being a fairly small kid in middle school and adopting a very arrogant, blustering persona to navigate the locker room before soccer practice. He took that persona—not at all like the authentic Tom he had always been—with him to high school, college, and beyond. As he filled the role of frat boy, med student, and then surgeon, he felt it served him well in many instances, yet he told me he always felt “unreal.” He never connected deeply with a woman—which is why he came to me. As we talked he realized that his role-inspired, arrogant façade had become the Tom everyone knew and believed was real. How was he going to figure out who he really was and who he wanted to be? And he asked me, “How do I change when everyone knows me as this Tom now?”

I joked, “You can move to Guatemala and start over….”

But don’t worry—you don’t have to move to Guatemala to step into your intrinsic self.

Why do we develop false versions of ourselves?

It’s usually about acceptance. At a young age, some children learn that they need to be or act a certain way to gain approval. When love should be unconditional, it isn’t always. When that happens, we grow up afraid of losing love, losing acceptance, losing connection.

That need for acceptance extends beyond family to society as a whole—peers and coworkers, bosses and romantic partners. Everything from our own limiting beliefs to gender, racial or other stereotypes can manipulate us to present a false self to the world in order to be accepted.

What roles do you fill in your day-to-day life? First, think about (or even write down in a list) all the roles you play. For example, professional, parent, child, sibling, spouse, lover, friend, teacher, student, mentor, caregiver…. You may find you want to add other kinds of roles to the list, such as victim, enabler, bystander, bully. But these are not roles, they are personas you have adopted in order to navigate your world (and your roles), either in the past or now.

Is it possible to be a parent to one person, a daughter of another person, a spouse of yet another person, and the boss of all these `people, and stay true to who you are throughout? Yes. If you feel that you must deny or pretend in any instance, you are cheating yourself out of authenticity.

Diana was a writer. She wrote her whole life, got an MFA in fiction from a prestigious university, and had the manuscript of two books under her belt at age 26. The first story she ever submitted was published, and she knew she’d write in some capacity her whole life. It gave her joy. But when she married, she mysteriously stopped writing. She had excuses for this—she was so busy, her kids came first, her career as a teacher was demanding, her husband was a writer too and it was so important to him … she made his day-to-day life run smoothly so he could write. But she didn’t write. When I pressed her, it came out that her husband was highly competitive and also very insecure. He just couldn’t handle it that she was a writer—and good at it. He never asked her to stop writing—not directly. But Diana denied an essential part of herself for two decades. When the marriage ended, Diana was writing again within a month. She demanded that of herself—to reconnect to her intrinsic self.

The roles of mother, wife, teacher had worked well for Diana. For most of us, we sail along filling the roles that have worked for us. But in time, small disconnects can lead to “falsehoods of self”—actual lies we tell ourselves and the world through our actions and words. When Tom F. let down his mask for the first time in the recovery room, and actually held the hand of a suffering patient as she cried, people were confused. They had, in effect, been lied to for years by being shown a disingenuous version of Dr. Tom.

Often, a life altering event will trigger us to notice that disconnect. The death of a parent, divorce, being laid off, or simply getting older—can shift the paradigm just enough so that how we lived and what we presented to the world yesterday suddenly feel like badly fitting clothes we want to shrug off.

How does that disconnect show up for us when we realize it’s there? The badly fitting clothes can look like a lot of things, for example:

Tom and Diana both truly believed that the identities they were showing the world were authentic. Even though Tom could remember that pivotal moment when he decided to change in 7th grade. Even though Diana could clearly remember writing and feeling happy writing. We get used to the way things are, don’t we?

You don’t need to get “used to things.” You deserve so much better than that. You can live an authentic life as your true self—which is by definition your best self. Next week look for part II when I’ll talk about why and how to connect with your intrinsic self. Till then, love yourself, all the parts! 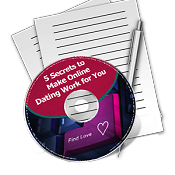